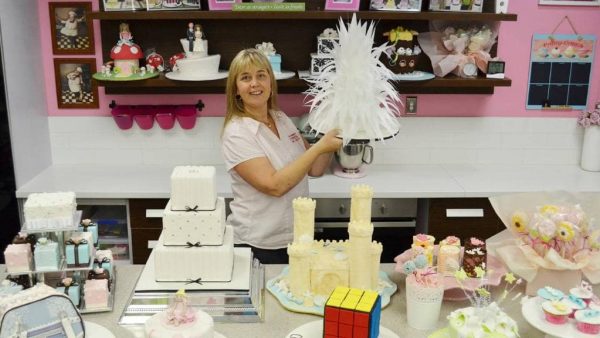 A CHEF whose quirky cakes and hors d’oeuvres have had starring roles in blockbuster films is teaching others to bake like a celebrity.

Jackie Thompson of Daisy Hill masterminded food featured in Finding Neverland and Wimbledon and most famously inBridget Jones’ Diary: The Edge of Reason, during the christening and gathering scenes.

She made her foray into films while living in London working for a catering company called Champagne and Caviar, where she met food stylist Gina Craig who got her on to the set of Bridget Jones’ Diary.

Jackie also dreamt up some colourful canapés, which screenwriters skilfully placed next to butt-filled ashtrays to garner maximum sniggers from the audience as Bridget finally plucks up the courage to take her straight-laced paramour Mark Darcy to meet her parents.

But Jackie’s brush with fame does not stop there.

She also whipped up lunch for the Duchess of Wessex, Prince Edward’s wife, and cooked for her favourite UK movie stars Bob Hoskins and Sir Patrick Moore.

Now based at Daisy Hill, Jackie shares the tricks of the trade through her business Contemporary Cakes and Classes.

“A lot of people want to know how to take their cake to the next level,” she said.

“They walk away from the classes with great confidence. They say ‘wow I’ve done this’.”